Calliope Jones, the heroine of the MAGIC series, is a 41-year-old mother of two teenaged sons. She loves her job with the Gulf Islands Agricultural Commission. Her work takes her to the island’s farms and orchards and puts her in daily contact with the pulse of the land–and with the people and Magical Beings who are its stewards.

Only, she’s not fully aware of just how much magic, and how many Magicals, exist all around her. She’s an earth witch who can, as she says, “Read dirt.” But her magic hasn’t developed much beyond that. 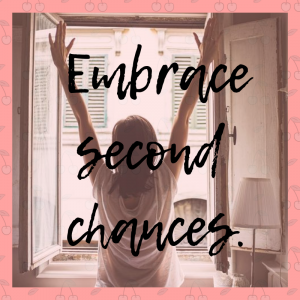 Calli is also divorced. When her marriage to Doug Flechette ended, she moved back into the house she was raised in from age five on. The old A-frame sits on a five-acre lot. There is a small herb garden for her to tend, with raised beds of herbs, a few vegetables, and a persistent plot of raspberry canes. Beside the garden is a crabapple tree. The ‘Old One’ was gnarled when Calliope and her mother first landed on Salt Spring Island.

Our earth witch has recently dipped her toes into the dating game, using apps such as ShiftR and MagicalMates, which were designed for witches and shifters and the like. Her forays have not met with resounding successes.

All that changes when she follows up on an anonymous tip that one of the island’s oldest organic apple orchards is using non-approved pesticides. Calli is skeptical, but what she finds when she steps foot onto Clifford and Abigail Pearmain’s property is more–much, much more–than she bargained for.

MAGIC REDEEMED, the final book of the first MAGIC trilogy, releases on June 6, 2019.